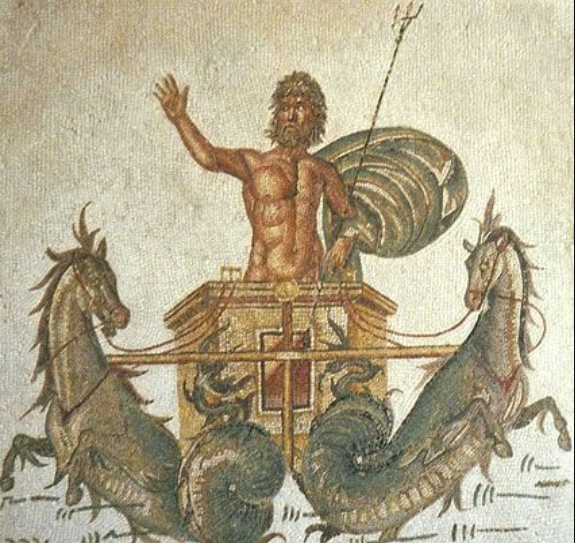 I’ve often feared being ridiculed over topics like this, but I believe it’s all based on history and more people need to be aware of what’s happening.  I’ve collected a lot of this information in pieces and put them on shelves in the back of my mind for years but wasn’t really sure how to piece it all together, but I really do believe at this point everything below is actually based in reality.

Tartarus and the Titans

Ancient Sumerian texts describe the Anunnaki as “those who from heaven to Earth came”. These fallen ones are now chained up in Tartarus and awaiting judgment for mating with human women (2 Peter 2:4, Jude 1:6, 1 Enoch 6-9), which created offspring called the Nephilim.  According to the Book of Enoch, the angel Urial is watching over Taratus where 200 of the fallen angels are imprisoned until judgement. This all connects to mythology the writings of Plato, Hesiod, Virgil, and Homer where we read of the Titans being imprisoned in Tartarus, an area in Hades. So the Anunnaki = Titans = Fallen Angels.

“For God did not spare the angels having sinned, but having cast them down to Tartarus, in chains of gloomy darkness, delivered them, being kept for judgment.”
2 Peter 2:4

“And the angels who did not stay within their own position of authority, but left their proper dwelling, he has kept in eternal chains under gloomy darkness until the judgment of the great day.”
Jude 1:6

Nimrod, the Deluge, and the Tower of Babel

Paganism and mythology from around the world seem to all point back to Nimrod, a “mighty hunter” who we find in Genesis 10:8-9 with the Tower of Babel he built right after in Genesis 11:1-9.

When God confused the languages and people were scattered around the world, they took the same pagan story with them, along with the same flood story. The Epic of Gilgamesh (Nimrod) glorified the fallen angels (Anunnaki) as heroes and the Biblical story then corrected it and showed they were the enemies who disobeyed God, mated with human women creating the Nephilim as offspring (Genesis 6:4), and taught man sorcery, how make weapons, etc… Plato’s dialogue “Critias” also talks about the Olympian god Poseidon mating with a mortal woman named Cleito on the island Atlantis, who then gave birth to Atlas. Here we can see the genealogy connections making Atlas, Noah’s great, great, great, grandson!

Paganism in the Old Testament

In Judges we see the Israelite serving the idols honoring Baal (Nimrod) and Ashtoreth (Semiramis). Here are people weeping for Tammuz in Ezekiel. In Jeremiah we find others burning incense and giving offerings to the queen of heaven (Semiramis). More on her here. All the idol worship in the Old Testament seems to be pointing to the false Babylonian pagan system that spread all around the world after Nimrod’s Tower of Babel (Genesis 11:1-9).

Some of the mythologies do differ from one another and take off into stories of fiction, but I suggest they are all based on real individuals, real events. After being passed down with oral tradition from generation to generation, the waters have been mucked up a bit, exaggerations made I’m sure, but something major happened for these similar stories to have traveled all around the world and be told in such a similar way.

(For more, check out the article’s “Babylon and Rome,” by F.F. Bruce and “Monotheism as the Predecessor of Polytheism in Sumerian Religion” by Steven Langdon.)

Benevolent Aliens, or Demonic Souls of the Nephilim?

The fallen angels made an inverse of the true Trinity of God with a false pagan beast system (sun god, moon goddess, pagan messiah). Remember, they knew who the true God was before they were cast down from Heaven, so they set this up to confuse people, setting it all up for the final deception. I am concerned what their claims of origin and purpose might be. Are they benevolent aliens that came from another planet in outer space coming to help bring peace to a troubled world? Or are they the demonic souls of the Nephilim who have been here, hidden in plain sight this entire time in a realm we just can’t see clearly yet?

“For false christs and false prophets will arise and perform great signs and wonders, so as to lead astray, if possible, even the elect.”
Matthew 24:24

“And no wonder, for even Satan disguises himself as an angel of light.”
2 Corinthians 11:14

“For our struggle is not against flesh and blood, but against the rulers, against the authorities, against the powers of this world’s darkness, and against the spiritual forces of evil in the heavenly realms. Therefore take up the full armor of God, so that when the day of evil comes, you will be able to stand your ground, and having done everything, to stand.”
Ephesians 6:12-13

The upper level Freemason’s (yes, I’m going there) appear to honor Nimrod (Belus) as their original Grand Master Mason, the architect of Babylon. Some have pointed out the similarities to Nimrod and Lucifer as Isaiah 14:4 does mention a “king of Babylon” before the “morning star” passage in Isaiah 14:12. It’s also strange to call Satan “son of the dawn,” since he’s not the son of anyone. That’s why some suggest it’s talking about Nimrod.  There is much debate on this as the “morning star” also alludes to the planet Venus in mythologies.

Maybe Nimrod was possessed by Satan so in a sense they were the same person for a time, I’m honestly not sure, I have more questions than answers.  My main point is to draw the focus on what some of these pagan occultists might believe, even if it might not be true. They are certainly deceived on many points.

We also see Jesus speak of seeing Satan “fall like lightning from heaven” in Luke 10:18 and Satan being thrown to the Earth with his angels in Revelation 12:9, so there are connections with the Isaiah 14 Lucifer passages and Satan also.

The prostitute of Babylon in Revelation 17:1-6 also appears to allude to Semiramis/Ishtar, the source of pagan goddess worship, the pagan “Queen of Heaven.”  She and Nimrod are part of the false trinity pagan system God promises to destroy in the end; Babylon will be fall (Revelation 18).

We really do find a lot of Masonic occult symbology all over Washington, D.C. architecture, also Hollywood film and music.  Some suggest this is how they do occult magick, “hidden in plain sight.” The Statue of Liberty does seem to be representing the queen of Babylon/Semiramis holding Nimrod’s torch of illumination, the back of the US dollar puts this right in our faces.

Many have become apathetic from hearing about the Freemasons and “Illuminati” over the past 30 years from tin foil hats and tacky websites but I believe they have mocked a lot of these ideas to keep people away from investigating for fear of ridicule and rejection (hence my opening statement).  Herd instinct is a deeply ingrained psychological survival mechanism in humans and animals because if the group rejects you and you have to fend for yourself in the wilderness, that is an almost certain death sentence.

It’s going to be important in the near future to understand this beast system to not be deceived when the false messiah is put on world display; Nimrod reborn who will promise world peace and unity through a New World Order.

Many have (and will) suffer and be killed in this battle, but we know the ending of this story; Babylon will be destroyed (Rev 17-18) and Satan will be thrown into the lake of fire (Rev 20:10).  Then Eden will be restored to God’s people where there will be no more death, no more sorrow, no more tears (Rev 21:4); forever and ever.

“For God so loved the world that he gave his one and only Son, that whoever believes in him shall not perish but have eternal life.”
John 3:16

“If you confess with your mouth that Jesus is Lord and believe in your heart that God raised him from the dead, you will be saved.”
Romans 10:9